Why do poisonous and deadly animals exist – Biología 9° 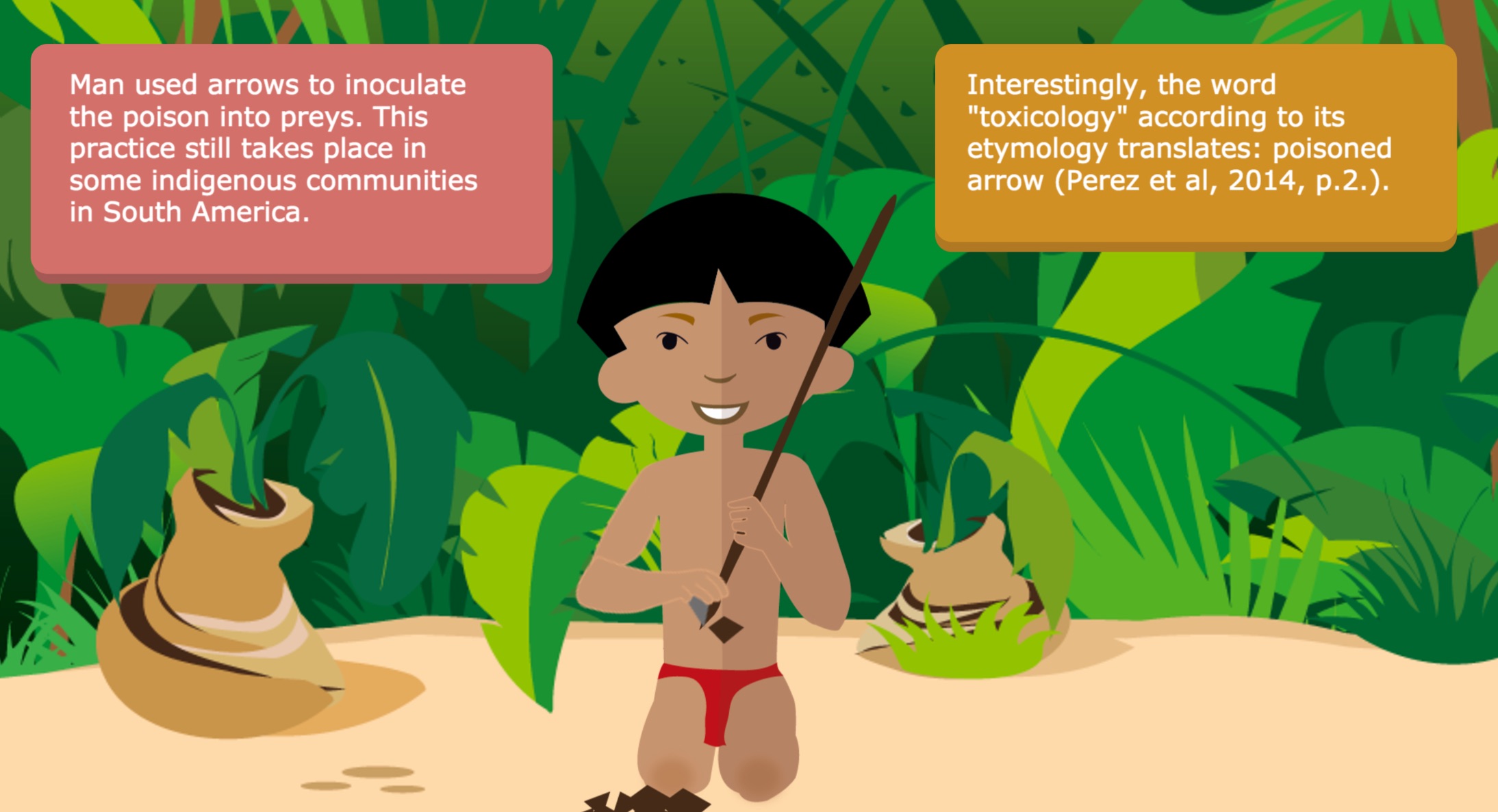 Throughout history, man has had the need to feed. Thus, it has used different plants and animals discovering that some of them are poisonous. By understanding the lethal effect of certain poisonous or venomous substances man found in them a hunting weapon to catch their prey. Man used arrows to inoculate the poison into preys. This practice still takes place in some indigenous communities in South America. Interestingly, the word “toxicology” according to its etymology translates: poisoned arrow (Perez et al, 2014, p.2.). All organisms can be eaten or attacked by other organisms. In order to protect themselves, evolutionarily, living beings have developed mechanisms of behavioral, morphological and biochemical defense. Among the biochemical defenses are poisons or poisonous substances, present in some plants and animals. Venom production is an adaptation that allows the organisms that possess this characteristic, to have an advantage in the ecosystems they inhabit. As well as being a protection mechanism is a way predators can catch their prey (Vargas and Rojas, 2014, para. 2).

Why is the image produced at the focal point of our eye inverted – Física...
Desplazarse hacia arriba